Andra's career studying coastal ecology began at a very young age growing up around the boats and the water in Bayou LaBatre, Alabama. Her first job was at a shrimp shop, Sea Pearl, in Bayou LaBatre and didn't last very long because she landed the perfect summer job which was lifeguarding on Dauphin Island at Isle Dauphine overlooking Sand Island everyday while hanging out at the pool and getting paid to do it. Upon graduating from Mobile College, she began teaching touch labs and field trip groups at Discovery Hall which is part of the Dauphin Island Sea Lab.  She moved to the science classroom during an extended year long ski vacation in Salt Lake City, Utah and returned to begin her career in Mobile County Public Schools in 1993.

She received her Master's degree in Secondary Science education with a concentration in Biology and has been employed by MCPSS for 25 years. She has taught quite a variety of science courses as well as coached Varsity Cheerleaders, Varsity Tennis, and swimming.  Her favorite courses during her tenure have been Aerospace Science and Environmental Science, which is why she is so excited about this new adventure at ESC.

She spends as much time as possible with her two favorite people, her husband Bill and son David.  She and Bill have known each other since middle school and have both been blessed with so many opportunities along the way.  Their son is a gifted musician and has just finished getting his private pilot's license while studying vocal performance at USA.  While he is more cultured than his parents, he still manages to hang out with them as they search for the perfect anchorage along the Gulf Coast, which is their favorite thing to do these days. 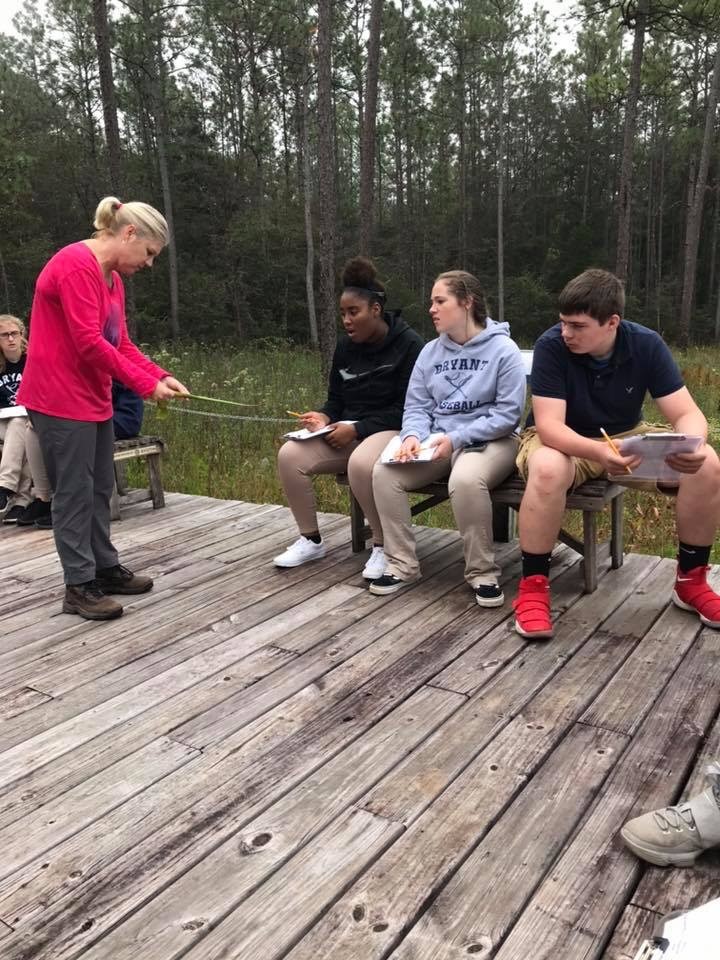